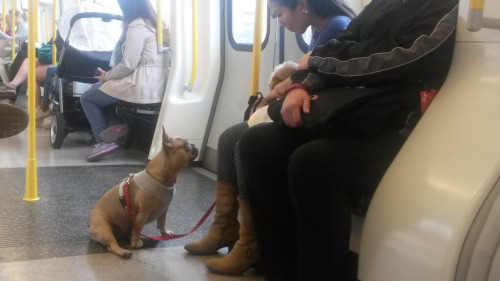 The Leader of the Opposition and of the Liberal Democrat Group, Councillor Howard Sykes MBE, who sits on the Committee of Transport for Greater Manchester, has condemned Labour and Conservative Councillors for blocking a proposal to allow dogs on trams.

“Constituents have told me that they would like to see dogs allowed on trams, and TfGM’s own polling shows most people are in favour.  Dogs are allowed on buses and on trains without any problems so why not on trams?  This would enable responsible dog owners to take the tram across Greater Manchester to walk with their pet, or just use the tram to link into main line train services when visiting relatives or going on holiday,” claimed Councillor Sykes

“The Lib Dem proposal was a modest first step – a trial to allow dogs on trams.  Why the Labour and the Conservative councillors would gang up together to block even a trial, against the wishes of the public, beggars belief,” he added.

The decision was taken at the TfGM Policy sub-committee last Friday.  The Chair did not permit any discussion and moved directly to a vote.  A final decision will be made on Friday 13th November at the full TfGM Committee.

“We are not giving up,” Cllr Sykes said. “The Liberal Democrats will make the case next Friday – I will try to speak on this if I am allowed to.”

The TfGM report proposing a limited trial of dogs on trams can be found here: http://www.transportforgreatermanchestercommittee.gov.uk/tfgmc/downloads/download/1104/capital_projects_and_policy_sub_committee_-_friday_6_november_2015_-_meeting_paper