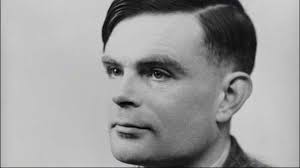 The Leader of the Opposition and the Liberal Democrat Group on Oldham Council, Councillor Howard Sykes MBE, has expressed his delight that in the public vote held in connection with BBC Two Icons Series, Dr Alan Turing topped the poll as the greatest icon of the Twentieth Century.

Councillor Sykes said: “This is quite remarkable, especially when it is considered that Alan Turing was up against many other true greats, like Dr Martin Luther King and President Nelson Mandela.”

“Alan Turing was treated disgracefully by the British Government after his outstanding achievements in secret public service during the Second World War.  As a mathematician with a brilliant mind, Turing made a major contribution to the war effort in cracking the Enigma code used by the German military forces in their encrypted communications.  His efforts and those of his colleagues, women as well as men, at Bletchley Park were estimated to have shortened the war by many months and saved countless lives.  Yet after the war he was persecuted for his homosexuality, cast out from the scientific community, forced to undergo chemical castration, and finally in despair committed suicide.  His was a life ultimately wasted because of bigotry.”

On Christmas Eve 2013, Turing finally received a Royal Pardon for his crime after a concerted public campaign.  Councillor Sykes played his part by supporting the campaign and writing to the Minister of Justice over the matter.

Councillor Sykes added: “Alan Turing’s only ‘crime’, and it is no longer a ‘crime’, was choosing to love someone that society at the time disapproved of.  It is tragic he is not with us today as we now live in more enlightened times in which a majority in society accepts same-sex relationships.  This poll demonstrates that people today look beyond someone’s sexuality and judge a person’s value as a human being. Turing can truly be said to have been an outstanding human being – and it is all the better that he has finally received this national recognition during LGBT – Lesbian, Gay and Bi-sexual History – Month.”