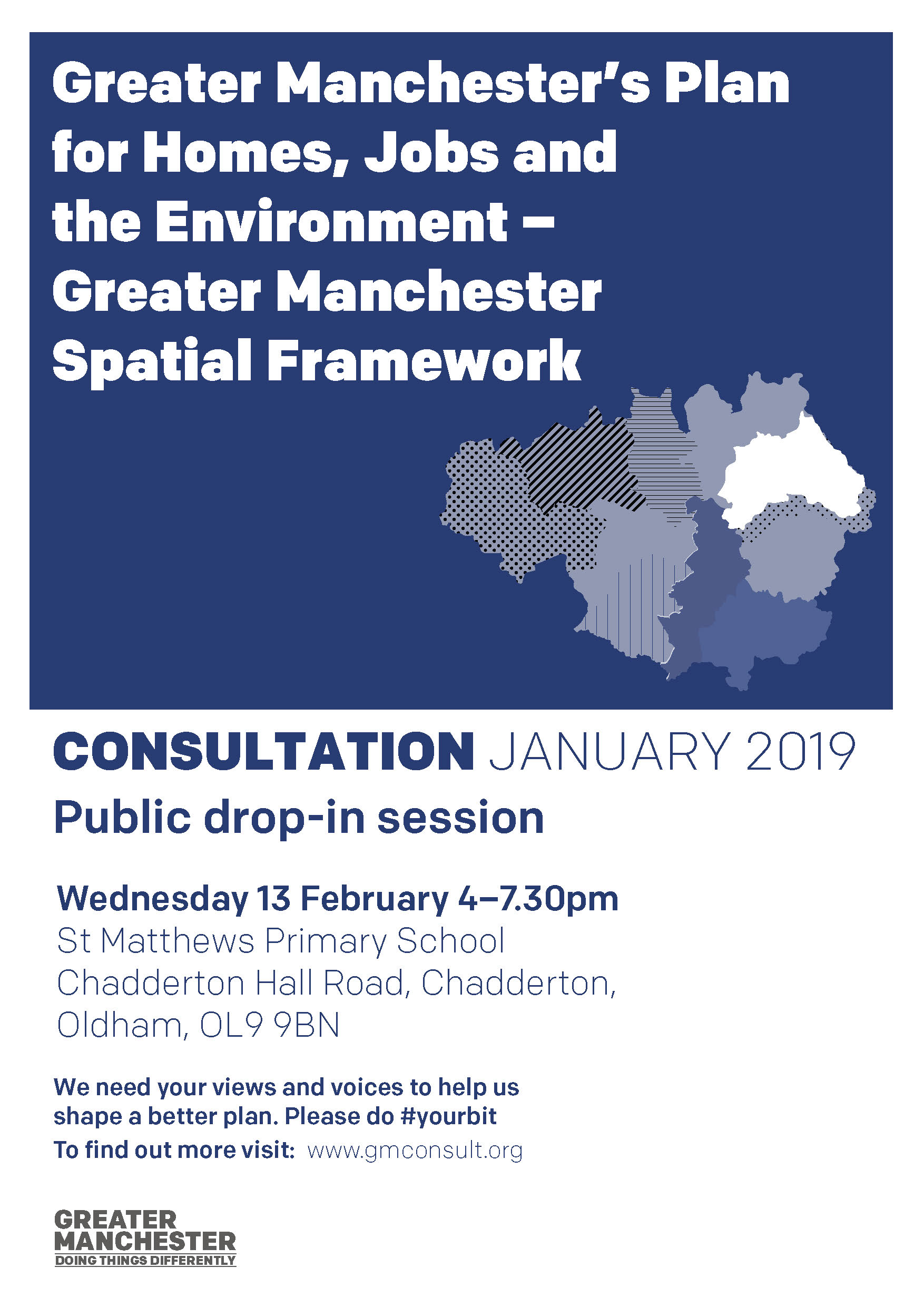 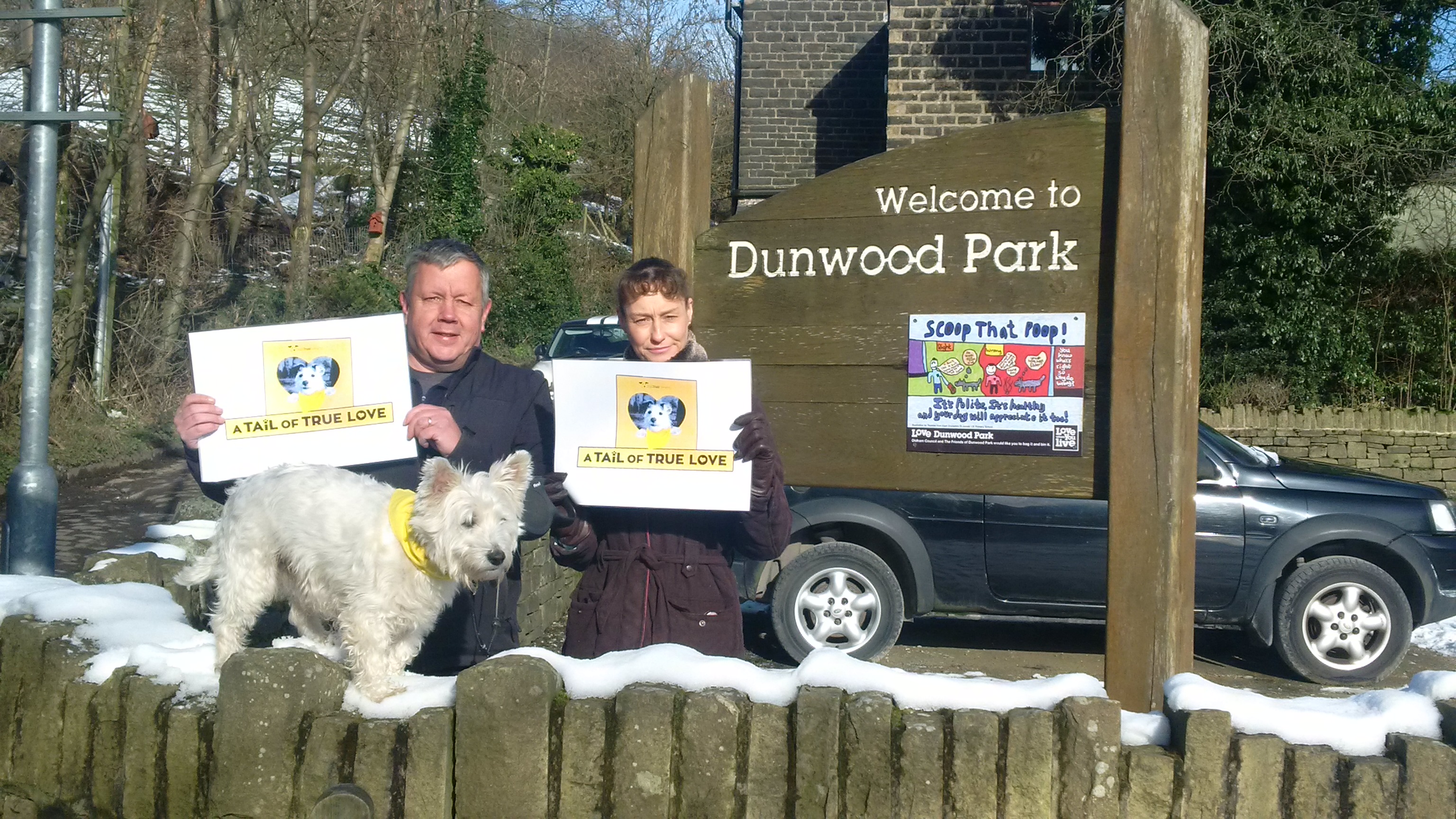 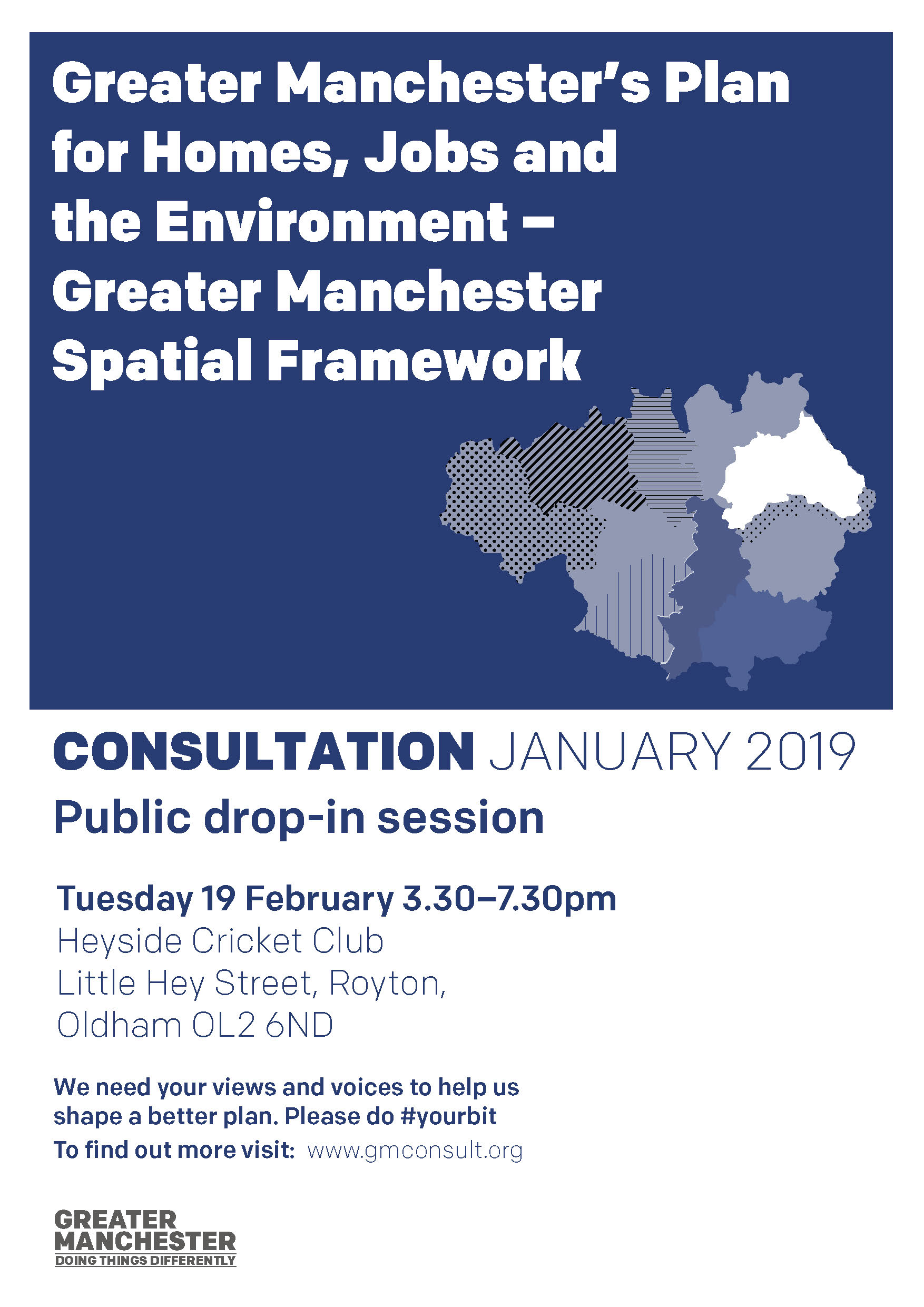 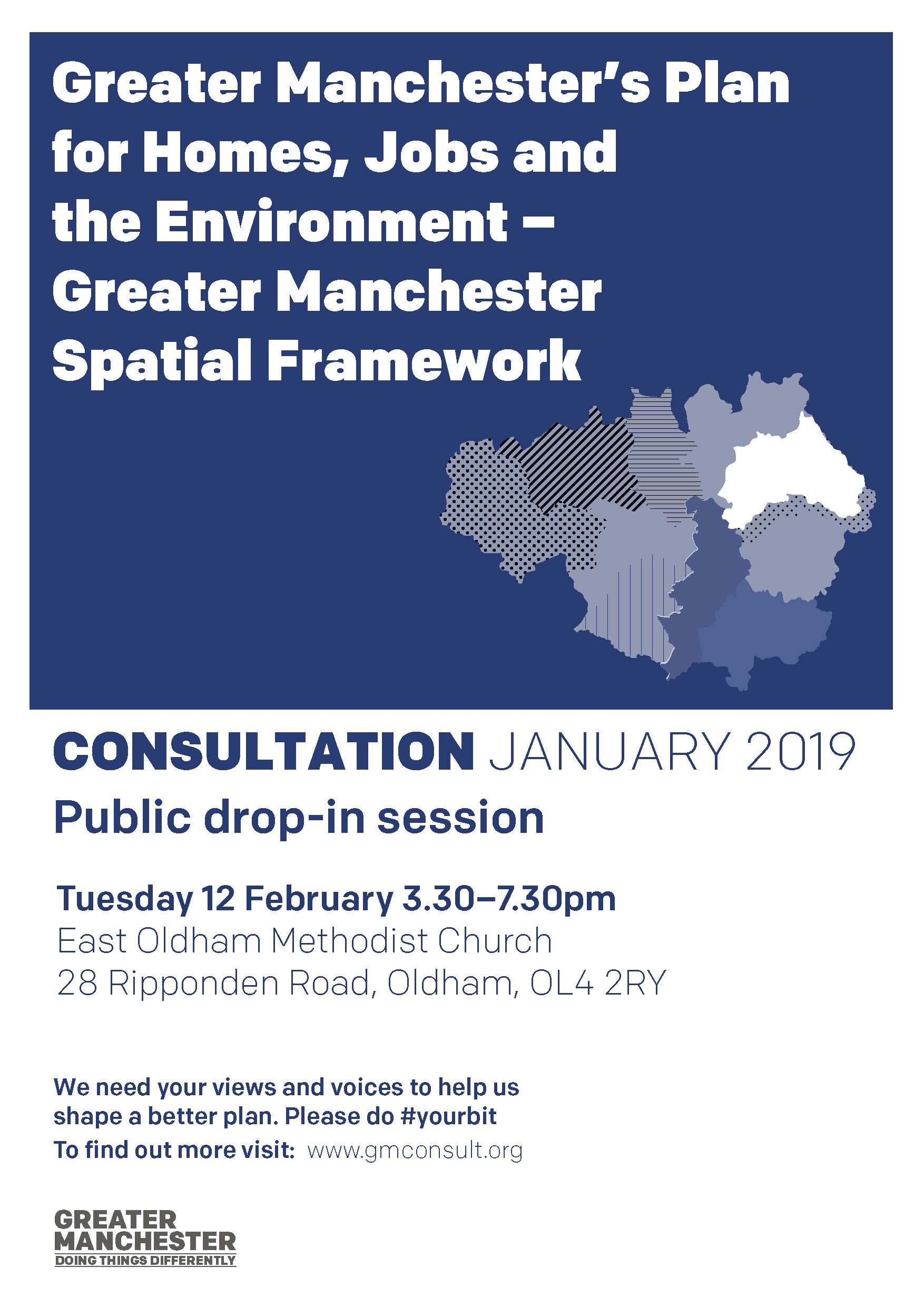 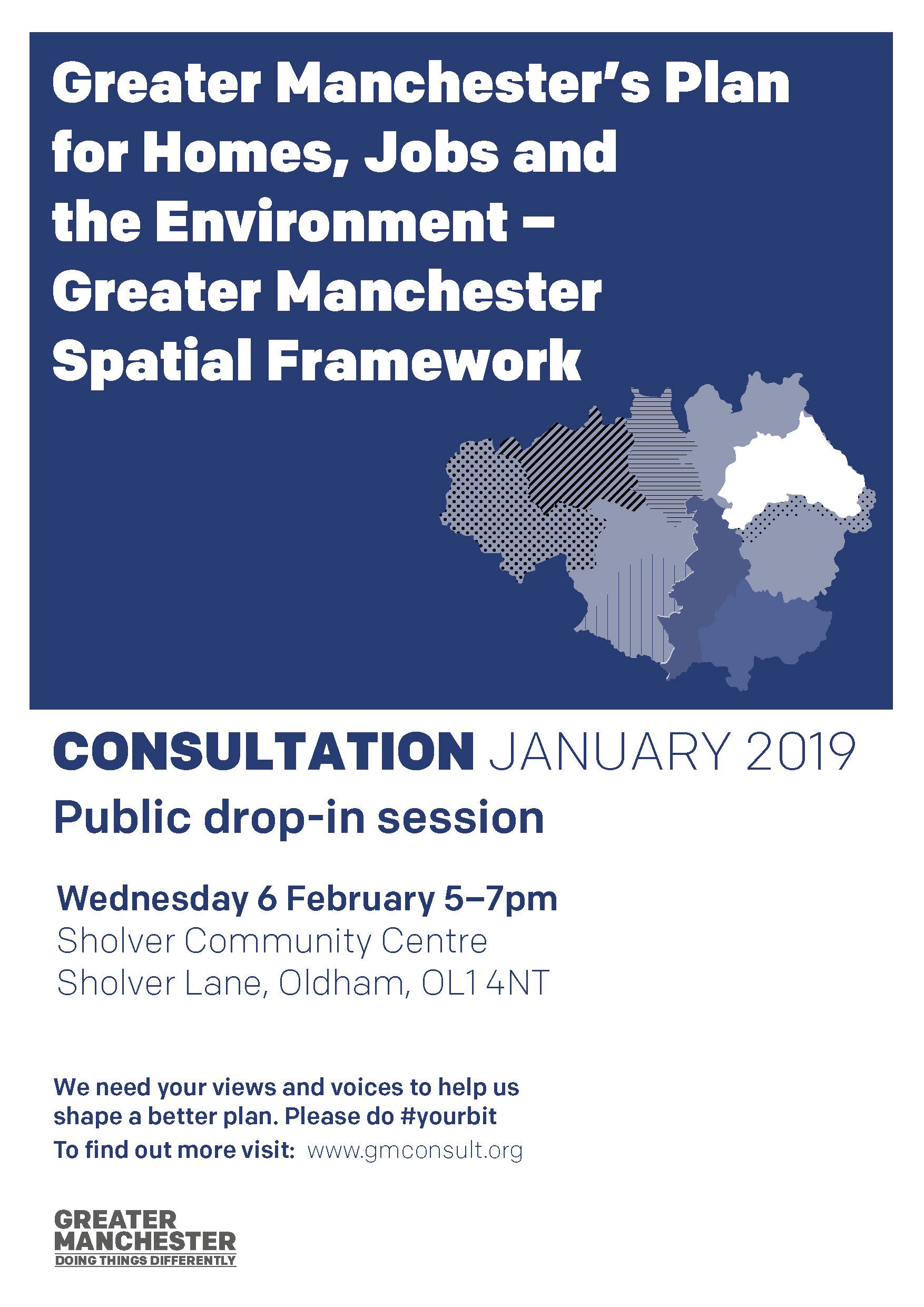 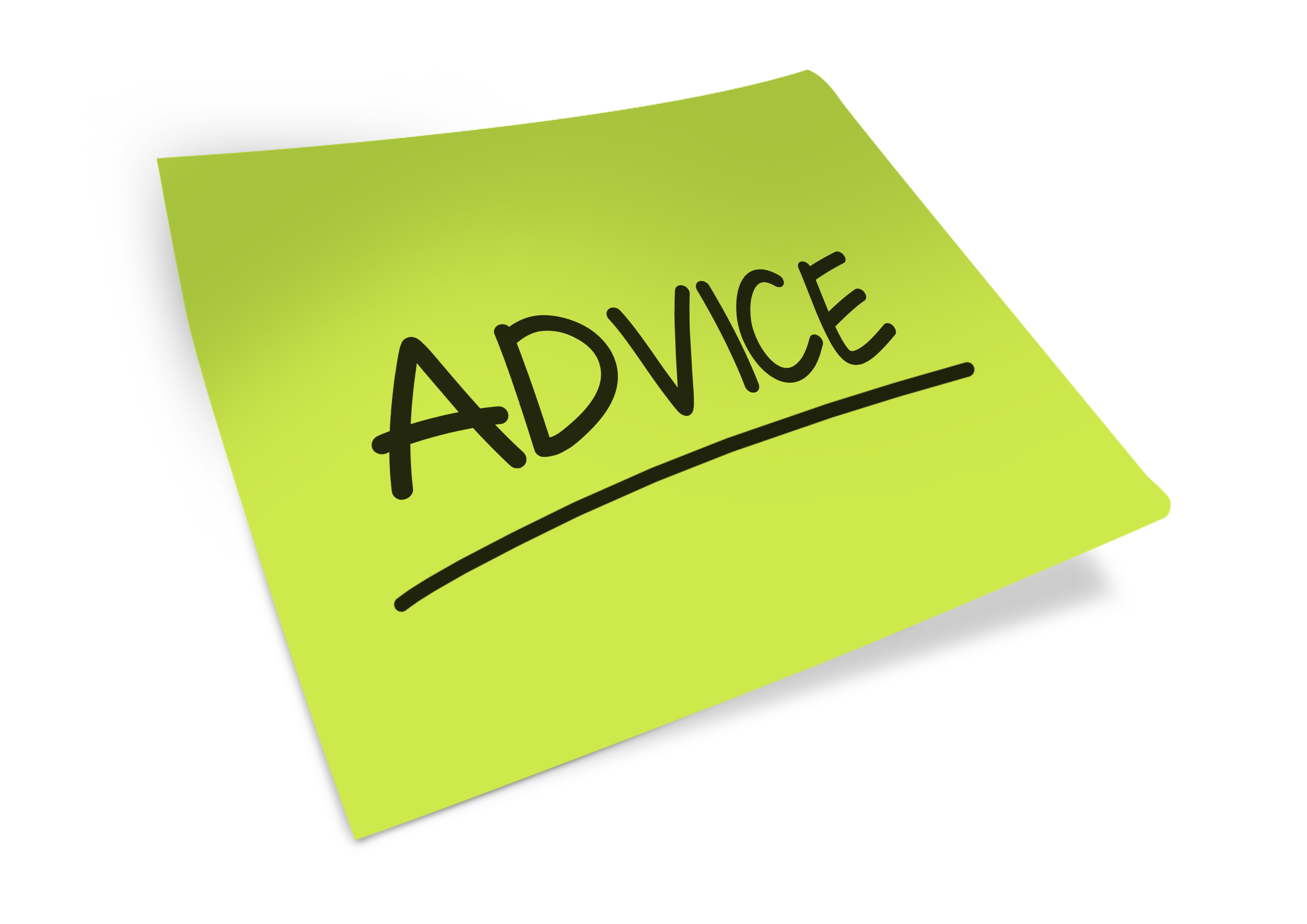 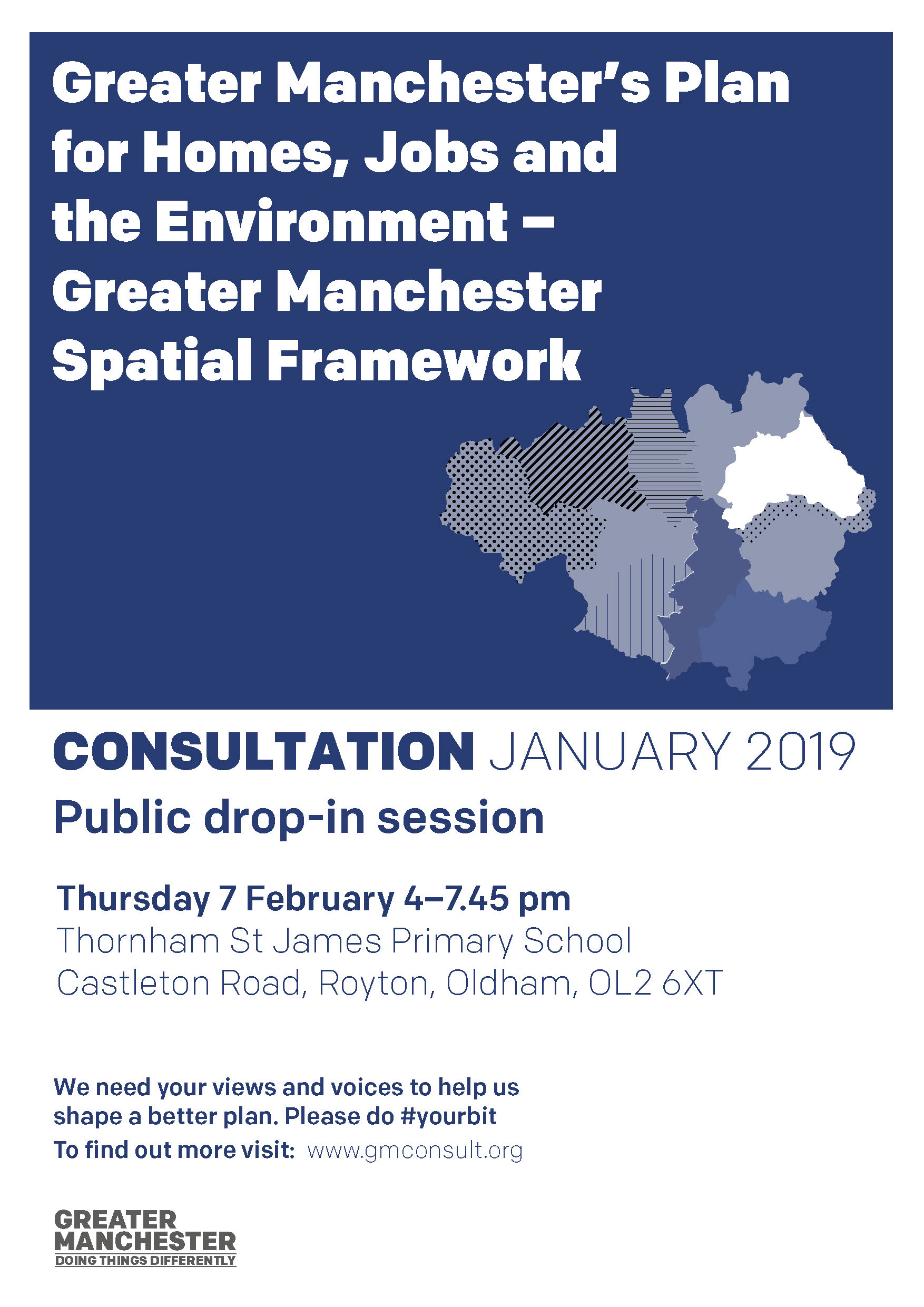 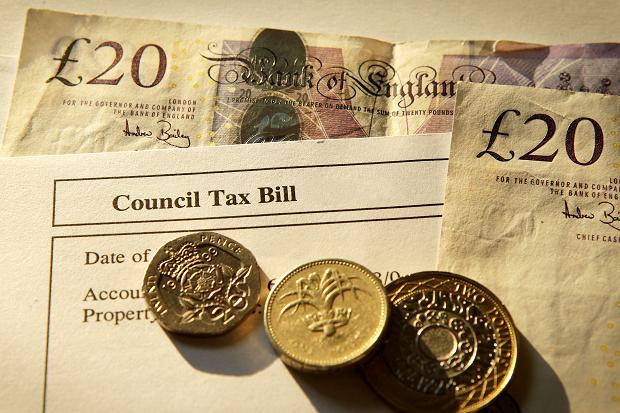 This money would be used to pay for a further £5 million investment in the Borough’s highways, including a £1 million fund dedicated to restoring pedestrian footways; create a new Environmental Task Force to respond quickly and effectively to instances of fly-tipping, dog-fouling and littering; and pay to build a new health centre for patients in Shaw and Crompton.

The Liberal Democrat proposals will be considered by the Council’s Overview and Scrutiny Performance and Value for Money Committee (PVFM) on Tuesday 5 February.

The Deputy Leader of the Opposition and of the Liberal Democrat Group, Councillor Chris Gloster, who is Shadow Cabinet Member for Finance said:  “Our amendment to the Administration budget reflects the concerns that members of the public have expressed to Liberal Democrat Councillors for better highways and safer footways; action to deal with the anti-social nuisance such as fly-tipping, dog fouling and littering that blights our local communities; and more money directed through Ward Councillors and Parish Councils to meet the priorities of local communities.”

“It is good that the Labour Administration has finally decided to adopt a previous Liberal Democrat budget proposal to fund an extra £18 million in highway improvements, but we have once more gone one better and found the means to finance £5 million more spending, and to earmark a £1 million budget to also improve our footpaths.  It is good too that Labour decided recently to follow a past Liberal Democrat proposal to invest more in additional street-cleaners, but again we have done one better in finding money for a new responsive Environmental Task Force.”

He added:  “I am especially pleased that in our budget proposals we have also found money to build a new replacement health centre for the people of Shaw and Crompton; this is long-overdue.  Liberal Democrat Ward Councillors have been calling for a new health centre for many years.  The present building is falling apart at the seams, and increasingly unfit-for-purpose.  It is inadequate to meet the current health-care needs of our constituents, let alone those of the thousands of new residents that we will see if the Labour Council approves the thousands of new homes that the Greater Manchester Spatial Framework threatens Shaw and Crompton with.  Royton and Werneth have bespoke all-singing, all-dancing health centres, and it is about time Shaw and Crompton did too.”

The Liberal Democrat Deputy Leader fully acknowledges that Conservative government funding cuts have made balancing the Council’s budget an increasingly difficult proposition so the party’s spending plans have been financed by extra saving cuts and revenue-raising in ways that do not increase the Council Tax.

In response, Councillor Gloster said:  “I do not envy the lead Cabinet Member for or our officers in the Treasury team their task.  Government funding shortfalls mean that once more £22.7 million in savings must be found from the Council’s budget in the next financial year.  Current estimates are that in subsequent years the budget will need to be trimmed by £22.883m for 2020/21, £10.889m for 2021/22, £6.859m for 2022/23 and £4.160m for 2023/24.  So the Liberal Democrats will, with great regret, support Labour’s proposal to increase Council Tax bills by 3.99% to help balance the books, but, because we know many of our residents are hurting financially, we will not add to their burden with our plans.”

Once again the Liberal Democrat Group has found the money to pay for their extra investments through taking a scythe to back-office administration and bureaucracy.

This year’s ‘War on Waste’ has yielded over £1 million in additional savings without having a negative impact on front-line services.

Councillor Gloster explained some of the additional reductions the Liberal Democrats are proposing:  “Many of our proposals have been consistent in recent years, but this year we have discovered one or two new sources of waste.  Our cuts focus on several core areas – better workforce management practices, a reduction in the number of councillors and reduction in expenditure on communications.”

“We believe that Labour is not being ambitious enough in its proposals to manage the recruitment and retention of staff, especially agency staff and consultants.  We want to place increasingly ambitious targets year-on-year upon managers to manage their workforces more efficiently.  This year we estimate this could yield an additional £550,000 in savings.  We also want again to look at how sickness is managed in this authority”.

“Lastly we want this Administration to live up to the promise it made to review car allowances and cut lump sum payments to staff using their vehicles very infrequently on Council business.  If, as we propose, the automatic entitlement to a £500 payment is withdrawn from the 100 or so staff who use their vehicles to make journeys amounting to 100 miles per year or less – an average of less than two miles per week – we can realise a saving of at least £50,000 per annum when fully-implemented.  We also want the Administration to look again at expenditure on air travel for staff, which seems grossly excessive when compared to that of our neighbours.”

The Liberal Democrats are mindful that it is only fair that Councillors too share the pain with staff.  Councillor Gloster explained how:  “Once more, we are calling for a reduction in the number of Councillors by 20 (a third) and for a reduction in the number of local elections to two every four years.  This is consistent with our proposals in recent years.  If approved by the Boundary Commission, these changes would release a £290,000 saving in 2020-21 to spend on front-line services.”

Councillor Howard Sykes, Leader of the Opposition and Leader of the Liberal Democrat Group on Oldham Council along with his Liberal Democrat colleagues also want to revisit expenditure on marketing and communications.  He explained:  “We would cull all non-statutory spending.  There is a requirement to publish certain statutory notices to inform the public and invite comments, but there is no legal requirement to publish ‘propaganda on the rates’ like Borough Life.  We want to scrap it and in our view every penny spent on this and another staff conference is another one denied to vulnerable people receiving social care.  We want to see a saving of £150,000 on marketing this year and a further £100,000 in each of the next two financial years.  Information and messages can now be delivered almost cost free via social media, and printing less is good for our environment.”

Councillor Sykes concluded:  “Although the Liberal Democrat proposals are modest when compared to the financial challenge faced by Oldham Council, they do nonetheless achieve real savings that can be put back into front-line services that matter to people, and they are reflective of the Liberal Democrat approach to public finance – to apply common sense, an innovative approach and tough love to cut waste and squeeze the most out of every penny of our finances to deliver the best services that we can for our hard-pressed Council Tax payers.”

“I would like to thank my colleague, the new Deputy Leader and Shadow Cabinet Member for Finance, Councillor Chris Gloster, and the Council officers who have supported him, for their hard-work and commitment in putting this budget amendment together.  In the current challenging financial situation it is difficult to create a balanced budget, whether in the Administration or in Opposition, and anyone involved in this process deserves full credit for their efforts.”

A summary of the Liberal Democrat savings and spending proposals and the agenda for PVFM follow the link: Agenda details on public web site 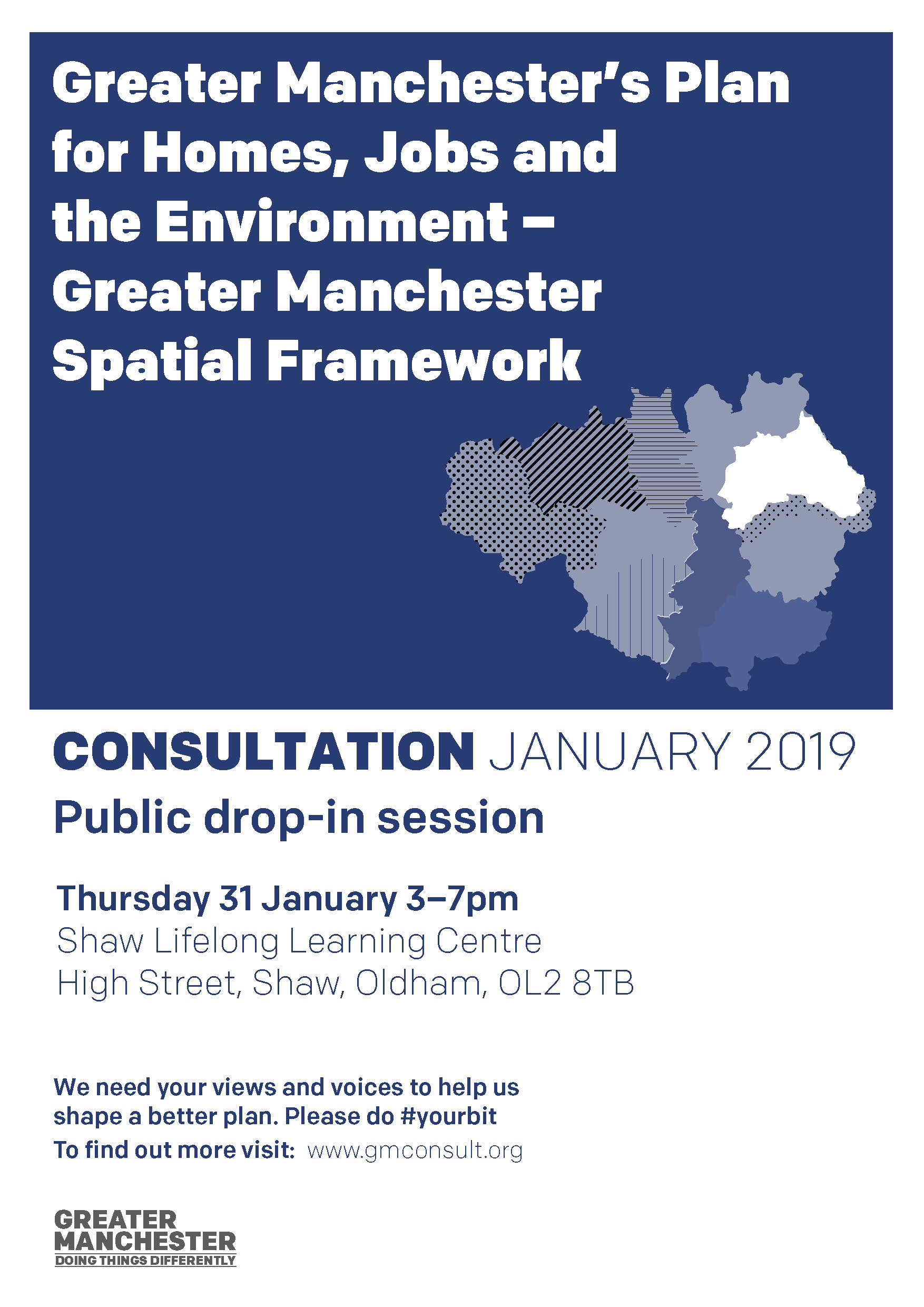 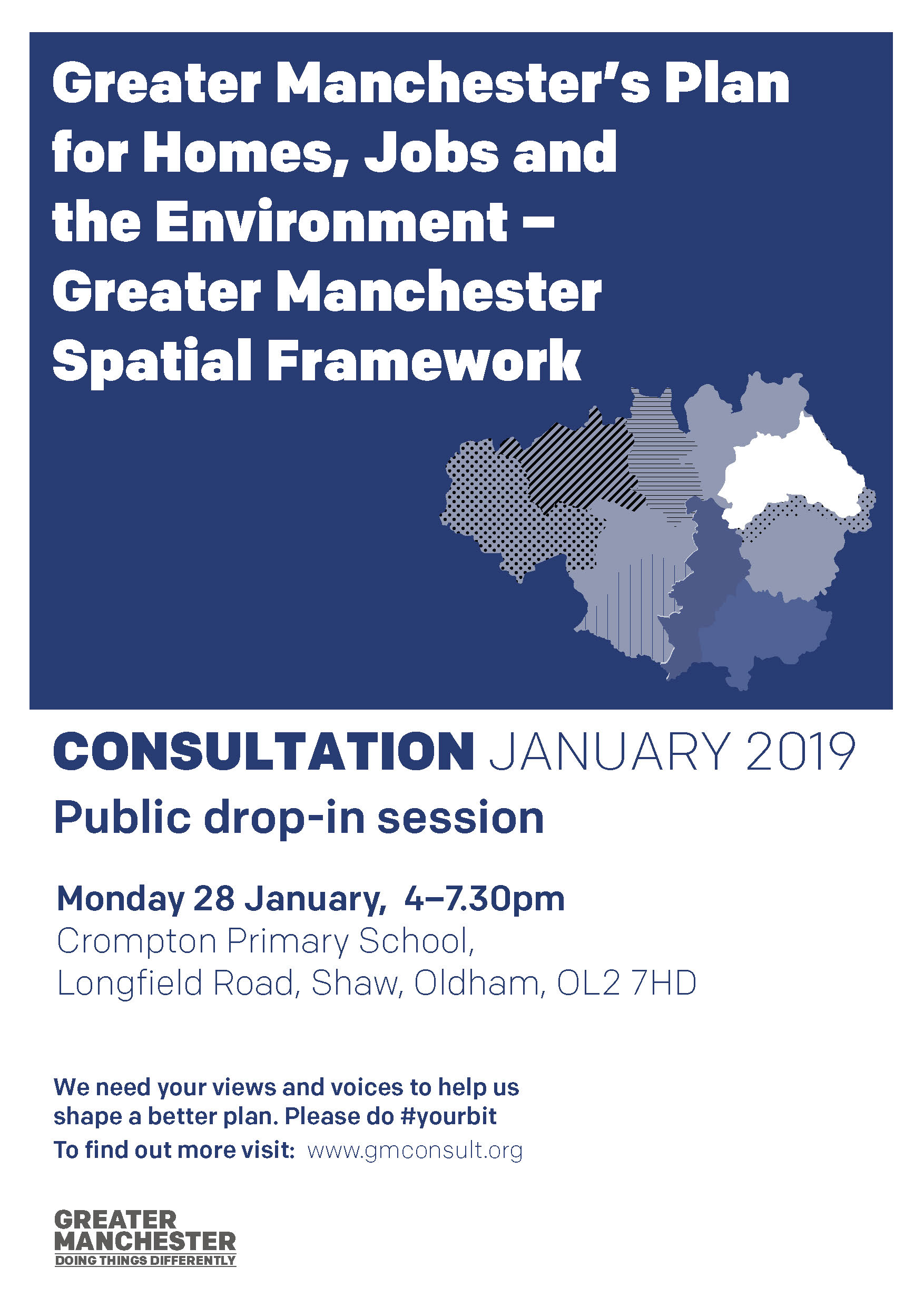